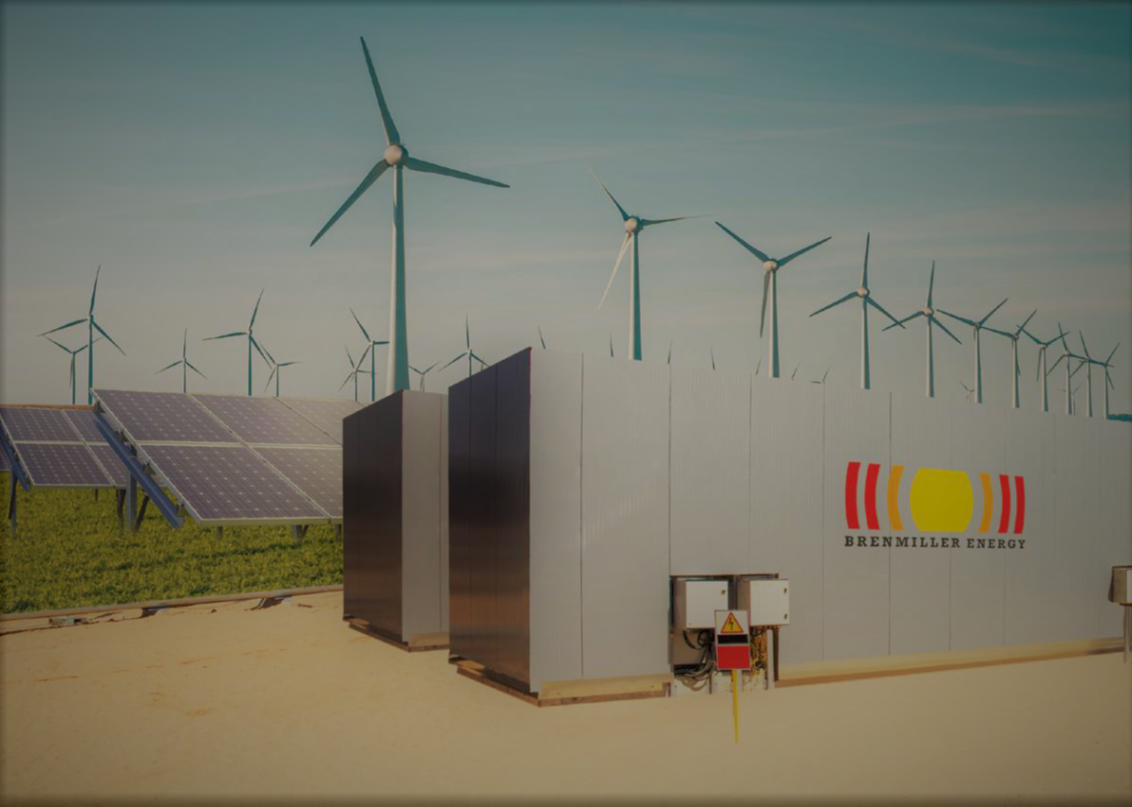 Brenmiller Energy, based on its unique storage technology, provides sustainable energy solutions to the Distributed Generation market. The company was founded in 2012 by Mr. Avi Brenmiller, former CEO of Siemens CSP and Solel, and a team of experts in the field of renewable energy. Brenmiller Energy’s knowledge and expertise are well-grounded and are based on years of field experience in designing, building and operating solar power plants in Spain and in US, since the 1980’s, of over 500MW.

The bGen™ is a patented thermal energy storage unit based on crushed rocks which combines three elements:

The bGen™ is a very cost-effective solution for 3+ hours of storage. The unit’s low cost, little maintenance, no augmentation for 30 years drives the levelized cost of energy (LCOE) to a record low price.

The bGen™ can receive heat from various sources, such as residual heat from power generators, solar heat from collector tubes, designed burners, bio-gas sources or other heat generators. Depending on application, the output varies between stable super-heated steam for electricity generation, saturated steam for industry, hot or cold water for C&I climate control

Heat is stored in modular sub-units, filled with crushed rocks which allows to conduct tens of thousands of charge/discharge cycles with no degradation in performance. The unit can produce super-heated steam or industrial steam through the same channel, using its inherent steam generator. When the unit is charged, a controlled temperature profile is maintained, transforming the feed water flow into a steady and stabilized super-heated steam. The system controls the pressure and temperature of the generated power, assuring a steady output flow, regardless of the unit charging level.

Connect to an existing power plant, or as a standalone storage site.

The bGen™ is an excellent solution for load shifting and could even replace Peaker-plants as it can store energy, but also generate energy when connected to fuel supply (fossil or renewable).

The bGen™ adds stability to renewable energy and transforming it to base-load energy. The bGen™ can store energy from PV, wind turbines, thermo-solar and biomass. With the bGen™ renewable energy plant can produce clean energy around the clock.

District heating, industrial heat and most heating application are mostly fossil fuels based applications. The bGen™ storage allows a cleaner and cheaper process by connecting to a renewable power source or grid at off-peak tariffs, heating the storage and deploying it on demand.

The bGen™ is used to collect and recover heat from the furnace flue gas output, to generate electricity and steam. Heat is stored and later used, at time periods that maximize savings and optimize return on investment.

The bGen™ storage allows micro-grids to relay more on renewable energy as base-load energy. A solution with a renewable source, generator and storage collecting excess heat and energy and deploying it at energy on demand, provides available and reliable energy solution.

Any cookies that may not be particularly necessary for the website to function and is used specifically to collect user personal data via analytics, ads, other embedded contents are termed as non-necessary cookies. It is mandatory to procure user consent prior to running these cookies on your website.